Despite the weather, Montreal’s JULY Real Estate Market is HOT!

According to the GMREB’s (The Greater Montréal Real Estate Board) July real estate report, property sales in Montreal are up by 16% in July and the residential real estate market continued to gain momentum in July, as sales rose by 16% compared to July of last year.

“For single-family homes, market conditions for resales are increasingly favouring sellers, which explains why price increases have been more sustained in recent months,” said Mathieu Cousineau, President of the GMREB Board of Directors.

A recent interview with the Montreal Gazette Paul Cardinal, the manager of market analysis for the Quebec Federation of Real Estate Boards notes “We’re in a seller’s market,”.

The result of strong demand and diminishing supply, as the number of new and active listings declines in both Montreal and Westmount. READ MORE from the GAZETTE HERE.

Do you have questions about the Montreal or Westmount Real Estate Market? Give us a call at 514.934.2480 or get in touch below. We’d be happy to help. 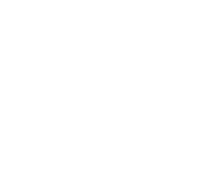